The Elimination Tide of Physical Stores: Rise of E-commerce

In the wake of the COVID-19 pandemic and consequent countrywide lockdowns, retailers around the globe are suffering huge losses. According to statistics from the U.S. Department of Commerce, total retail sales have plunged by a shocking 8.7 per cent, offering a grim snapshot of the coronavirus outbreak’s effect on consumer spending. 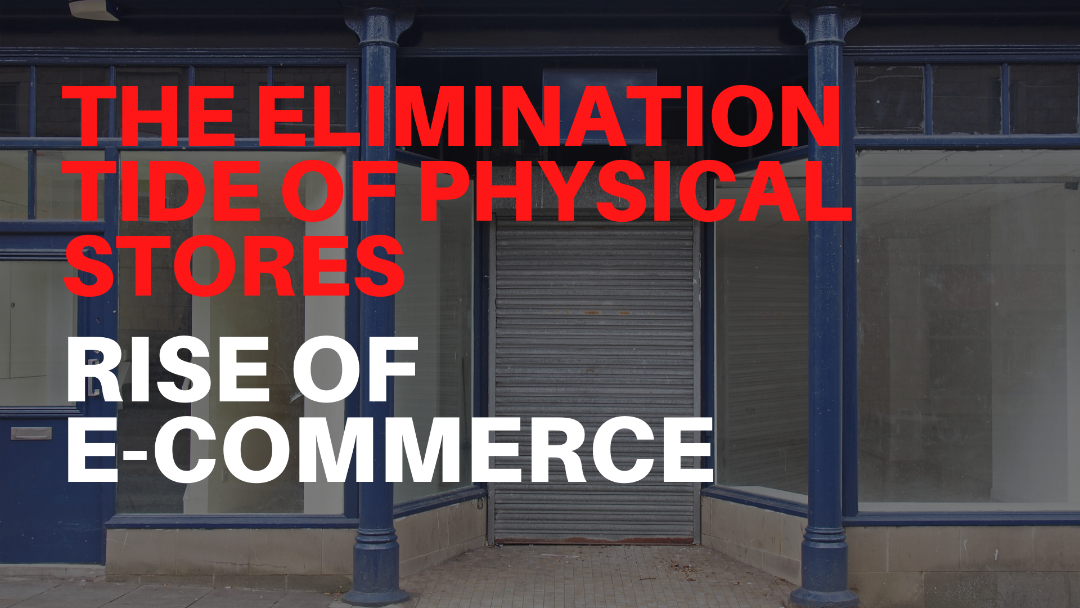 As retailers forage for new ways to cope, many have decided to close down physical stores and focus on restructuring their business, either through expansion of online retail or introduction of novel business concepts. Inditex, the parent company of Zara and Massimo Dutti, has recently announced that it will be closing between 1,000 to 1,200 stores over the next two years. At the same time, the Spanish fast-fashion giant will be doubling down on e-commerce, investing $1 billion in this platform over the next three years. Similarly, Starbucks is reported to be closing up 400 stores in the U.S. and Canada over the next 18 months, as it expedites the roll out of its new “Pickup” store concept.

To stay afloat amidst plummeting sales, another strategy increasingly adopted by retailers is to convert existing retail stores into dark stores to better receive the influx of online orders. Dark stores are local fulfillment centers that are meant to serve a focused purpose – to offer rapid click-and-collect fulfillment for online orders and thereby provide a more convenient shopping experience. As such, they are typically tucked away at relatively nondescript establishments, which are strategically located with high connectivity.

Case in point, Whole Foods recently converted stores in Los Angeles and New York to dark stores. Other grocery chains like Kroger and Giant Eagle have temporarily moved some locations to dark stores, with plans that some locations could become permanent. While dark stores are most common in grocery chains, the trend is also moving to other industries. Bed Bath & Beyond recently announced plans to transition 25% of its stores into regional fulfillment centers to expedite deliveries during the pandemic. A number of fashion brands, including jewelry Kendra Scott, are also converting their stores to fulfillment centers to provide swifter deliveries and attenuate the strain on the main fulfillment hubs.

As the COVID-19 virus continues to proliferate worldwide and social distancing measures are put into place, consumers’ shift from offline to online has accelerated and they have become more accustomed to the new normal of e-commerce, pickup and delivery. As such, they are likely to sustain these new shopping habits, even when the COVID-19 crisis has subsided. With increasing consumer expectations of faster and cheaper delivery, retailers should deeply consider incorporating automation into their business so as to effectively manage the influx in demand as well as potential disruptions to the supply chain e.g. labor shortages.

eStore Logistics, Australia’s largest warehousing and order fulfillment provider, has partnered with Geek+ to launch the largest e-commerce implementation, incorporating a refined picking system, in Australia. This newly automated warehouse showed impressive results instantly as evidence through improved service levels and faster fulfillment. Moreover, later cutoffs as late as 4 pm for same day delivery were made possible, which enables higher throughput during peak periods, all without any increase in order fulfillment costs.

Take the example of Vipshop, the third largest e-commerce platform in China, specializing in online branded discounted apparels, cosmetics, home goods, etc. The company was faced with large inbound and outbound traffic marred by lower manual efficiency and higher error rates. In order to rapidly increase the efficiency, agility and flexibility of its warehouses and support its growth in orders and returns, Vipshop adopted the Geek+ picking system, which involved the deployment of 121 intelligent robots and 200 shelf racks, accommodating an inventory of 1 million pieces daily. The result was enhanced efficiency to deal with reverse logistics, increased storage space, and significant labor cost savings.

In closing, the gradual elimination of physical stores implies the incoming growth of e-commerce and dark stores. To effectively transition into this new normalcy and gather steam to increase competitive advantage, retailers should ensure that their order fulfillment process remains robust even as demands fluctuate. Automation remains the key to prevail in this retail crisis.

Previous None Next None